In the presence of Major General Eng. Mokhtar Abdel Latif Benya Group, The General Assembly of Benya Cables and the Arab Organization for Industrialization Held a Meeting to Discuss the Latest Developments of the Benya Fiber-Optic Cable Factory. 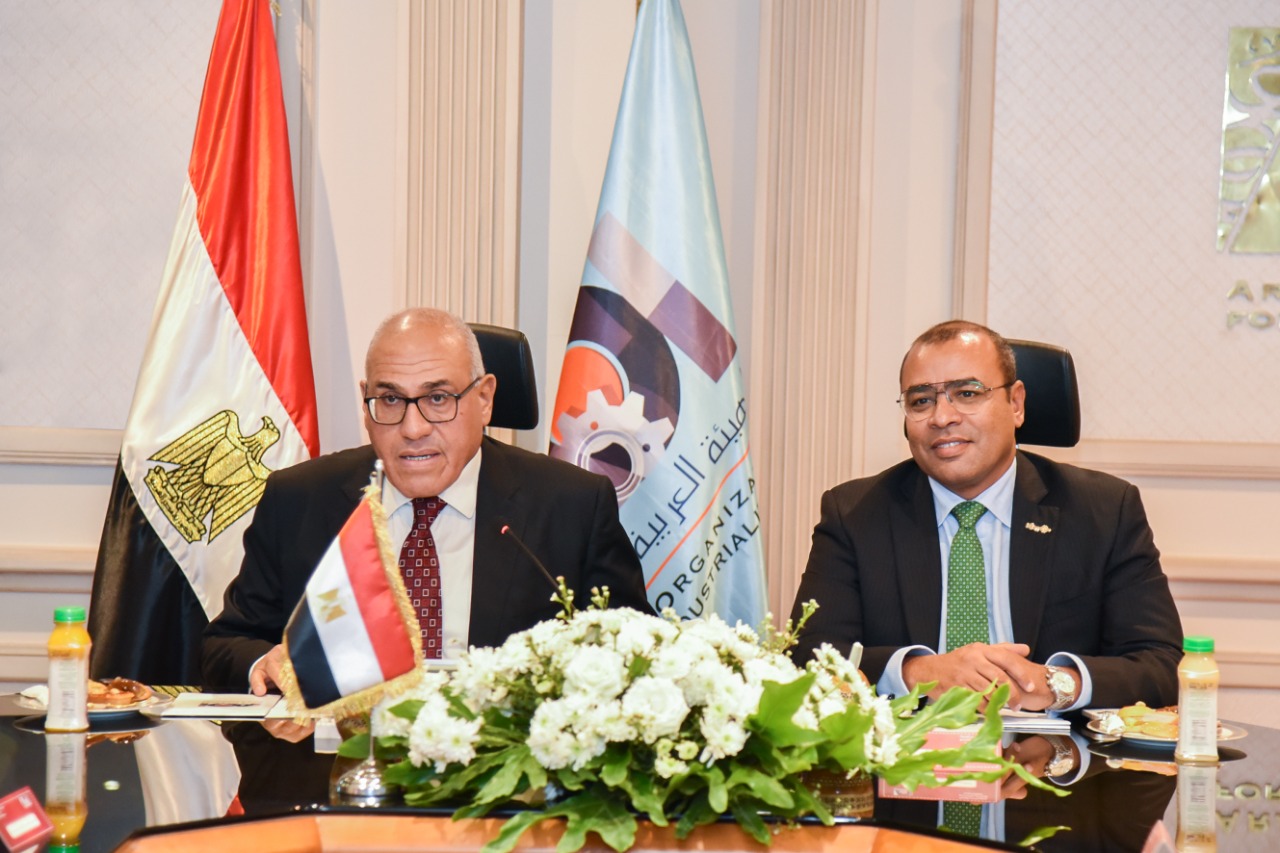 The meeting was held to discuss the developments of the factory that is built on an area of 40,000 meters in the economic zone of the Suez Canal, northwest of the Gulf of Suez in Ein Sokhna, as well as the future expansions of the factory to extend to 60,000 meters. The status of the project’s implementation was also discussed, along with the construction, civil and electromechanical works, and final operations of the factory, which exceeded 92%. Eng. Mokhtar Abdel Latif, Chairman of the Board of Directors of the organization discussed the final stages of opening the factory, which is scheduled to begin with the process of assembling production and operating lines to become an Egyptian manufacturer of fiber-optic cables according to international standards and specifications. The expected production capacity of the factory was also presented, which amounts to 25,000 km for the first phase of production, and it is expected that the production capacity of the factory will reach 60,000 km annually upon completing other future expansions, in order to produce various types of fiber optic cables.

At the end of the meeting, Major General Eng. Abdel Latif, Chairman of the Board of Directors of the Arab Organization for Industrialization, said: “I’d like to thank the company’s board of directors and those leading the project. We must complete all the needed work and start production at the specified times considering the strategic objectives of the project that support the country’s 2030 plans for digital transformation. Furthermore, serving the Egyptian market’s needs for infrastructure with advanced technology for networks and communications, exporting it to the Arab and African regions, providing job opportunities for Egyptian youth including engineers and technicians, and training them on the latest international technology in the cable industry.”

Eng. Ahmed Mekky, Chairman and CEO of Benya Group toured the site of the fiber-optic cable factory to follow up on the final stages of the project, during which he inspected the final implementation works of the project to build the new factory for fiber-optic cables in partnership with the Arab Organization for Industrialization. The investments of the first phase of the factory are about 750 million pounds, and it is set to cover 40% of local needs.

“I am very happy with the final stages of the implementation of the factory which was established in record time and under difficult global economic conditions, which makes opening the factory on the predetermined dates a double success as the cable factory will be the largest producer of fiber optic cables in the region.” Eng. Ahmed Mekky, Chairman and CEO of Benya Group, said.

“In the first stages, we aim to cover Egypt’s needs of optical fibers to accommodate the overall digital transformation process that the state started years ago, and then switch to manufacturing and exporting an emerging product with international specifications manufactured by Egyptian labor force and on Egyptian land, with one common objective, which is to support the Egyptian economy.” Mekky concluded.