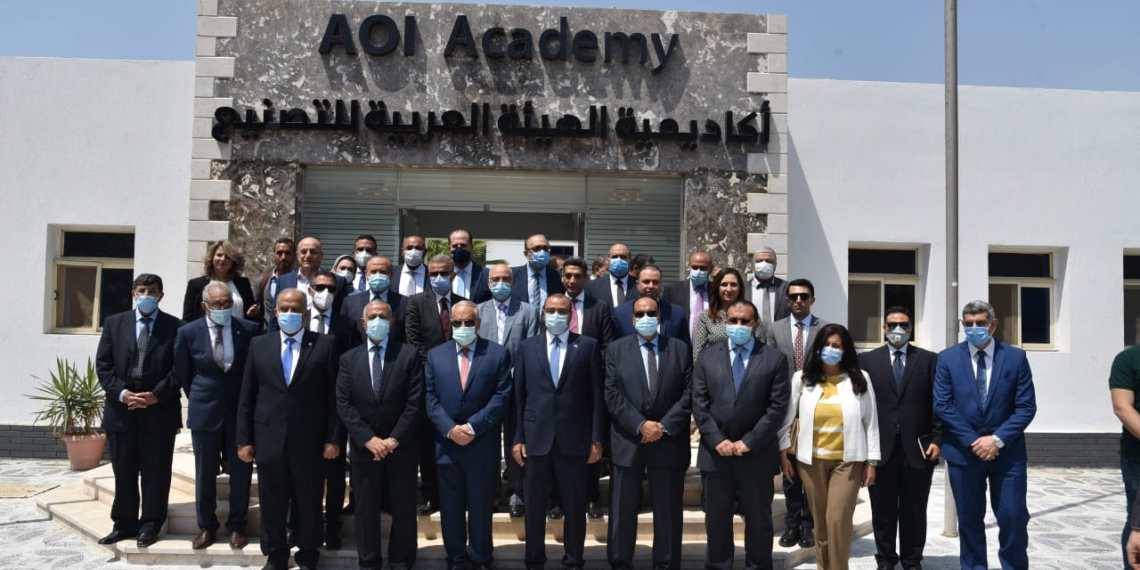 Fiber Egypt for Communications and Information Technology “Benya Capital”, a leading company in communications and information technology solutions and services and technological infrastructure in Egypt and the region, has signed the final contract for Benya factory for optical fiber cables in partnership between the Arab Organization for Industrialization (AOI) as part of the final executive steps to establish the largest factory for manufacturing optical fiber cables in Egypt, Africa and Arab region.

Investment of the new factory exceeds one billion pounds. It is located in the Suez Canal Economic Zone (SCZone).

This agreement confirms the main and pivotal role that AOI and Benya Capital play in introducing the latest production technologies and the highest quality standards for the Egyptian industry.

It contributes to the implementation of the national plan to deepen local manufacturing and the provision of national products that conform to Egyptian and international specifications as well as enhancing the investment climate in Egypt.

A tripartite Memorandum of Understanding (MoU) was also signed on the sidelines of the contract signing.

This MoU achieves mutual cooperation in the fields of artificial intelligence, and training human capabilities to prepare trained cadres human in the field of installing, operating and maintaining optical fiber networks.

In this regard, General Abdel Moneim El-Terras, head of the AOI, emphasized the implementation of President Abdel-Fattah El-Sisi’s directives to deepen local industrialization, transfer and localize modern technology, and work to reduce imports, in a way that contributes to increasing the added value of Egyptian products and achieving digitalization for all mega development projects.

El-Terras explained that this industrial giant provides many jobs for young engineers and technicians and training on the latest fiber-optic cable technology according to the standards of the Fourth Industrial Revolution.

He pointed out that AOI aims, with this partnership, to establish a national industry that meets the needs of the local market in terms of advanced technology infrastructure for networks and communications to serve development projects and smart cities inside Egypt, in addition to opening export outlets for the Arab region and Africa.

On his part, Eng. Ahmed Makki, Chairman and CEO of Fiber Egypt for Communications and Information Technology Company, Benya Capital, said that this cooperation is the first of its kind in Egypt to achieve smart digitization of giant digital projects.

Makki revealed that his company is targeting the development of the technological infrastructure in all developmental projects that related to IT industry solutions and services.

Makki indicated that the optical fiber industry is the cornerstone for launching the economic of digital transformation projects, especially in light of the major national projects that the state undertakes in the field of new cities, technological infrastructure and smart applications.

In this context, Eng. Yahya Zaki, Chairman of the Suez Canal Economic Authority, confirmed that the project is the largest factory for the production of optical fiber cables in the economic zone in its southern sector of Ain Sokhna, within the framework of cooperation between the Arab Organization for Industrialization and the Economic Zone to bring about real development and attract beneficial local investments and move forward to achieve the country’s vision for the economic zone to be a global logistical center.

Zaki added that these projects will contribute to create jobs for Egyptian youth, which we focus on in our contracts and commitments to achieve the strategic plan for the region in 2020/2025 for the next five years.

Chancellor Mohamed Abdel Wahhab”, CEO of the General Authority for Investment and Free Zones, indicated that the signing of this agreement comes to confirm the main and pivotal role that the Arab Organization for Industrialization plays in introducing the latest production technologies and the highest quality standards for Egyptian industry.

He confirmed that the AOI is a major partner in implementing the national plan to deepen local manufacturing and providing national products in compliance with Egyptian and international specifications, as well as enhancing the investment climate.

Abdel-Wahhab praised Benya Capital and its distinguished expertise in the field of optical fiber cables, stressing the importance of strengthening the national projects implemented by the state in the field of developing and modernizing the technological infrastructure of the various government agencies, which is a fundamental pillar for building a digital Egypt.

Dr. Ismail Abdel Ghaffar, President of the Arab Academy for Science, Technology and Maritime Transport praised the efforts of the Arab Organization for Industrialization to meet the requirements of the country’s technological development plans and modernize the infrastructure and communications with the highest international quality levels, as well as the partnership between AOI and “Benya Capital” to establish a factory for the manufacture of optical fiber cables.